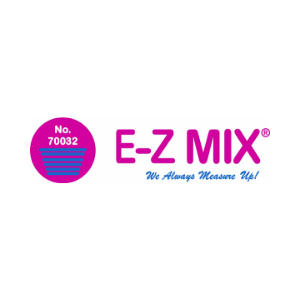 Though the first products of the E-Z MIX® line appeared in 1990, the founders of E-Z MIX® have over 100 years combined experience in the automotive industry. What began in 1927 as a family-owned and operated business in Chicago, still continues four generations later in the same location.

Since they first began manufacturing the line of E-Z MIX® mixing cups, it has been a priority to save their customers time and money. Twenty years later, the E-Z MIX® line has expanded to include: pitchers, spreaders, touch-up products, strainers, spray-suits, Mould Prep, color match cards, and much more.