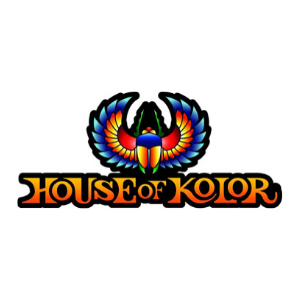 A LEGEND IN THE MAKING SINCE DAY ONE.

HOUSE OF KOLOR WAS FOUNDED IN 1956 BY WORLD-RENOWNED CUSTOM PAINTER, JON KOSMOSKI. As House of Kolor legend has it, Jon rebuilt a '40 Chevy Coupe and took it to the self-proclaimed "best paint shop in town." When the car was done with a less than satisfactory finish, Jon knew it could be done better.

Jon sought out something that wasn't on the market; he wanted a superior product. He took it upon himself to change the standards of the custom paint world and he set his sights on mastering the custom craft. Quickly he began working with a polymer chemist, where they began developing custom paints that could hold up against the toughest conditions even in severe climates and amidst radical temperature changes. These custom paints were developed to prevent tarnishing, cold-cracking, and fading in the sun. They also could stand up to the multiple coats required for a single customer's job.

"I started using 100% organic pigments. And that was unheard of in the paint world." JON KOSMOSKI

When Jon's products and skills hit their stride, his custom paint jobs won countless awards, and people in the industry began to talk. By 1965, word of Jon's mastery and prowess had spread and House of Kolor was nationally recognized as the high-caliber paint product line for vehicle customization.

"One of the greatest experiences in my life is being the first custom paint company with basecoats and clearcoats."