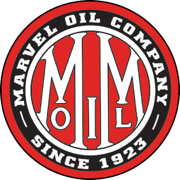 Marvel Oil Company, Inc. boasting an enviable reputation among vehicle owners worldwide, is truly a legend of its own. From an auspicious beginning, it is now recognized as a product that has stood the test of time and continues to provide unsurpassed performance and benefits in the automotive, industrial and marine world.

Marvel Mystery Oil proved to have other beneficial effects on the engine. By creating a top ring seal, it produced higher compression and by preventing blow-by on power strokes, it resulted in more power. Marvel Mystery Oil also improved gas mileage and minimized engine wear.

Initially based in Chicago, the company moved to New York City and then in 1941 moved to Port Chester, NY. Marvel’s popularity soared as the word spread of its effectiveness in treating all types of engine ailments. It was used extensively in WWII on everything from airplanes to battleships to tanks. In 1999 the company moved back to its roots in Chicago.